4 Simple Reasons Why Business Is Better in Texas

It’s not a secret that Texas is one of the best states for small businesses in the US. The State of Texas offers more than just friendly business regulations, perhaps better than anywhere else. The state’s culture and lifestyle choices allow business owners and employees similar ways to work hard, make a living, and enjoy the fruits of their work.

According to a USNews report on 10 Best States to Start a Business in which 50 States were compared using different metrics, Texas earned first place. Texas was ascertained as the overall best state in the US for starting a business.

Anyway, if you’re wondering what makes the Lone Star State so alluring for today’s entrepreneurs, continue reading below. We provide you with the 4 simple reasons why Texas is so good for new businesses.

According to the Thumbtack survey, Texas received an A grade in 2019 for its friendly climate for small businesses. However, as observed by the Texas Economic Development Corporation, there is no assurance of success for anyone who starts a business, in Texas or elsewhere.

The greatest way to succeed is to plan and prepare adequately. First, you’ll have to go carefully over some state regulations. Figure out things like applying for business licenses and permits, registering your business entity, or even obtaining small business insurance in Texas. Although business insurance isn’t required by law in Texas, you do want to get coverage and secure your business right from the beginning.

Read :  Tips to Help You Save Money in Gurgaon

When you think of innovation in the US you’re probably thinking of the East or West Coast, more specifically Silicon Valley (California) and Manhattan (New York). However, take into consideration events and conferences such as SXSW, which is in Austin each year, and celebrates the fast-paced landscape of tech and media.

Fresh faces come to Texas on a daily basis to check out the sights and sounds. You may even be surprised at some of the industries that thrive in the state.

Thanks to the country’s large population that also works hard to assist minority entrepreneurs, Texas is capable of putting itself on the map with its diverse economy. The diversified economy, as pointed out by Texas Economic Development Corporation, enables the state to pave the way forward and create new jobs continually. The Lone Star State today leads in creating employment and plans to continue like that in the next ten years and beyond.

There were times when plenty of entrepreneurs flocked mainly to Nevada and Delaware to start a business. Delaware is known for its reputation of being the incorporation capital of the world, due to its business-friendly corporate tax regulations.

These regulations have enabled the state to become a legal home to over one million businesses. Nevada also has a reputation as a tax haven, because the state doesn’t have a corporate nor personal income tax.

Read :  Five Cybersecurity Mistakes and How to Avoid Them

Besides Delaware and Nevada, other states are passing tax laws that help small businesses. Texas is one of the states to watch. The State Business Tax Climate Index revealed by the Tax Foundation in 2019 showed that Texas doesn’t have an individual or corporate income tax.

Therefore, the lack of income tax, along with the booming economy, continues to make it a luring location for many startups. 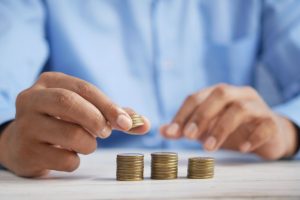 Among the top keys to a successful startup is the team of employees. From HR to technicians, it takes a community of talented individuals to lead a startup toward success and growth.

Nevertheless, many startups make the mistake and hire too quickly. Sometimes the candidate isn’t entirely the right fit or lacks some skills required for the role. But, small businesses might decide to hire and onboard them in any case. In the end, the priority is to fill the position.

Texas brings an infinite amount of talent to the table for entrepreneurs who decide to form startups. It is declared as one of the top two states for millennial entrepreneurs to open up shop. The reason is very simple, it has a large state population, made even more attractive because of its educated population hailing from top-notch local universities.

If you are a Texan entrepreneur who finally decided to chase their Lone Star State’s dreams, we hope you’ll find this information useful. Also, we wish you luck in your upcoming Texas business journey.

Why tech-savvy professionals should pursue a business analytics degree

How to Choose a Warehouse Management System

Should your business have a disaster recovery plan?

6 Benefits of cloud consulting services for your business

Why should businesses focus on CSR in 2022?