Python is a multitasking programming language that can suit both general as well as high-level programming requirements. Python programming gives developers to develop a wide variety of web applications, software, GUIs, game development, numeric application and many more.

A primary reason for the widespread popularity of Python as a programming language is due to its low maintenance features with the help of a minimum number of developers. Therefore, this blog is going to point out 10 things that you must know and should not avoid about Python Programming.

a.   Introduction to Python Programming Language

With human life becoming more and more dependent on technology, the demand for software developers is also growing day by day. However, to be in the competition, every company expects their employees to upskill themselves in order to produce nothing but the best ideas in the market.

As per the TIOBE ranking for September 2021, Python ranks as the second most popular and updated programming language. It is also predicted that Python will soon take over the 1st position as well. So if you are newbie and want to secure your future, you can easily enroll for python online course free available online in order to get started.

b. 10 things that Python Programmers should not neglect for better career growth

It is evident from every statistic that once you start using Python to its full potential as a programmer, you will become a fan of this programming language. A significant reason for all the programmers to fall in love with the Python language is due to its increased productivity which primarily happens due to the absence of a compilation step. In addition, this makes the debugging process in this programming language much easier as there is no segmentation fault.

Below mentioned are some key concepts that you as a Python Programmer should never skip in order to get better career growth.

Even though this is not technically a programming feature, Python programmers should definitely know all about the current Python version numbers to be updated with the latest versions. Python versions are usually numbered as A, B, C, where these three letters primarily indicate significant changes in the language in decreasing order. On the contrary, if the version changes, for example, from 2.7.3 to 2.7.4, it indicates minor changes like bug fixing.

As for now, Python 3.9.5 is the latest version Python Programming language with major optimizations and many new features. 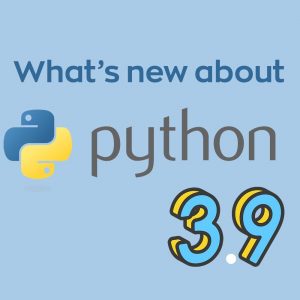 A very useful aspect of Python programming language is that they come with pre-defined programs called Python Shell, which can be invoked by typing python and pressing Enter key in the command prompt on Windows. The Python Shell is executed to run a single Python command and display the result as Python executes a code line by line only. Another name for the Python Shell is REPL which means Read, Evaluate, Print, and Loop. So basically, a Python Shell first reads the common, then evaluates what needs to be done, print the desired result, and then loop back to reread the command. 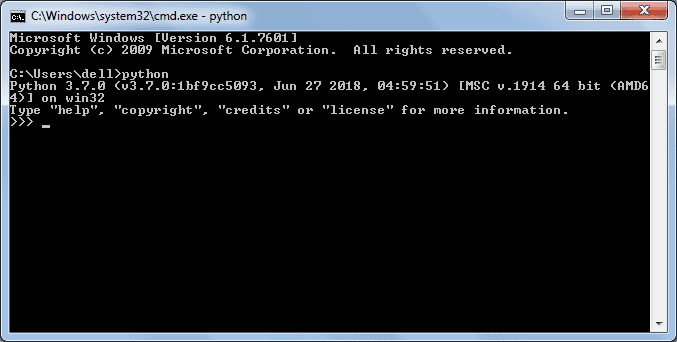 In general, we know Slicing means cutting out a part of something. In coding languages, we also take out parts of some data to run an application successfully. The Slicing feature in Python enables us to access parts of strings, lists and tuples. A prime reason for using Slicing mandatorily in python programming is that it helps in writing clean, concise and readable codes without complicated loops or functions.

A perfect example for Python Slicing will be when you want to extract a particular element from a list of elements or a string of characters. 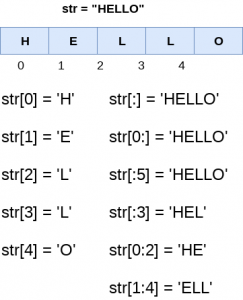 Unlike all other programming languages, Python allows you to create your own iterator function called Generators. It is a special type of function that does not return only a single value, but a series of values called iterator object or generator object. We use a yield statement for a generator function to get the result rather than the return statement. 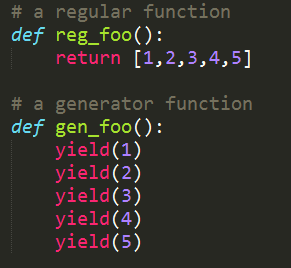 List comprehension is a beautiful feature in the Python programming language that allows us to create or form a list from other existing structures or lists. The primary way is to create a Wee by iterating or involving another list that already exists.

The following is a simple example of List Comprehension.

Since Python has many pre-defined functions and modules stored in various files, you must have a very clear idea about which file to invoke. Furthermore, Python scripts use these files as inputs, so it is crucial to invoke them in the right order.

In Python, the Open keyword is used for invoking and opening any file in the programming script & returns the corresponding file object. The f.close() is very important to use to free up the memory space after invoking any file.

The following is the list of File handling in python, these access modes parameters values for invoking and using a file in a Python script. 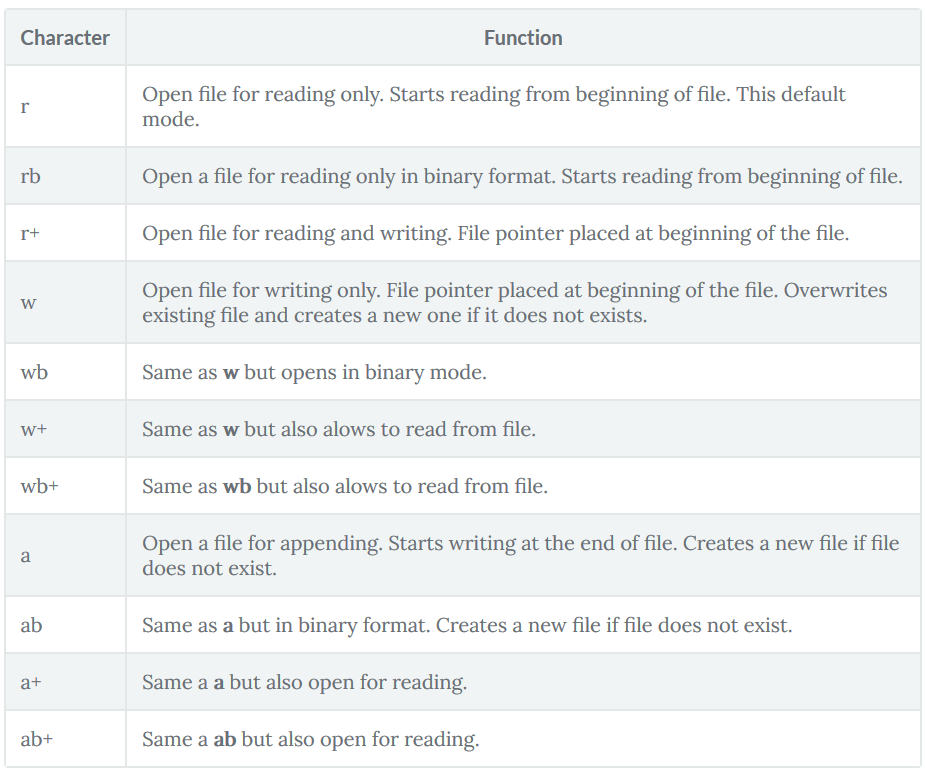 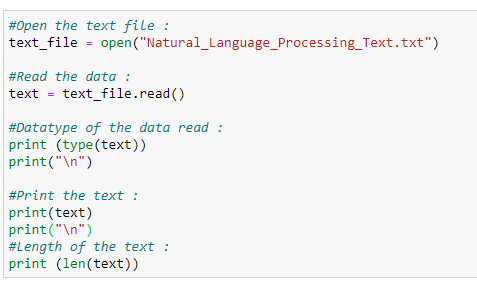 i.  Dictionaries and Sets

Sets in Python can be defined as a bucket or container that holds unique data types which are iterable and mutable in nature. A set in Python is represented by { } parenthesis, it can be created using the set () function and is unordered in nature. A perfect example of Set in Python is {1, 2, 3, 4, 5}.

On the contrary, a Dictionary in Python is also constituted of unordered data values but uses a mapping style to track each element. For example, it assigns each value a key to pair up elements in the format of key:value pair. A dictionary can be created using the dict() function. 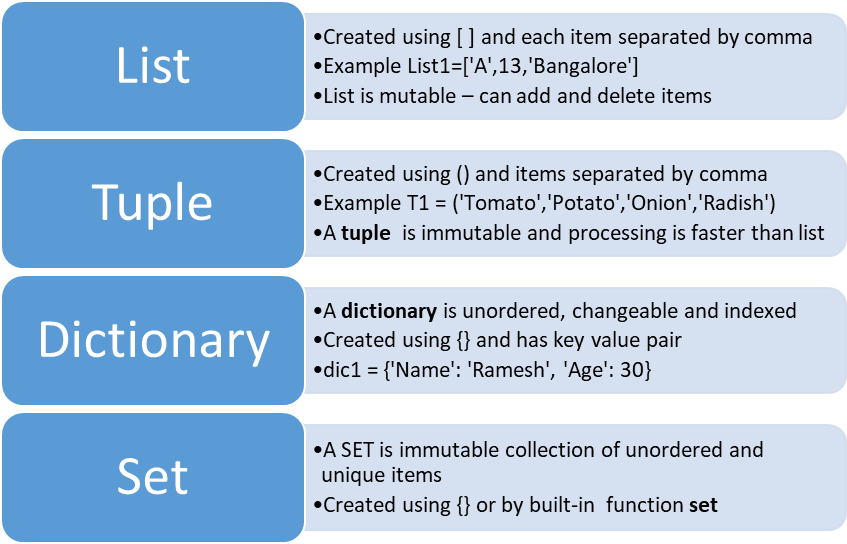 Read :  How Quality Hospitals and Healthcare Facilities Can Benefit From QHSE Compliance Software

On one hand, where the ‘sys’ modules give the programmer an advantage to invoke command line inputs, the ‘os’ modules contain two major sub-modules, namely os.sys and os.path.

It is very easy to define a function in Python. The ideal way is to use the def . An easy example is the following trivial function that counts the number of zeroes in the input string.

For creating a new class definition in Python, you must use the statement class in your code. Following is a simple example of showing employee count and employee details using Class in Python. 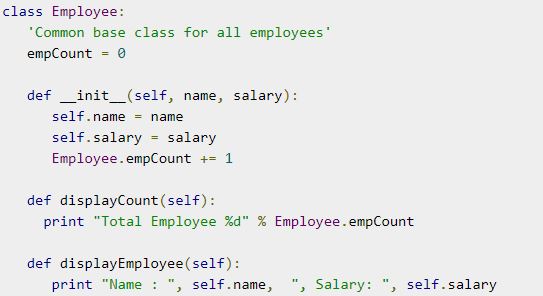 Although creating a list is relatively easy in Python, you might think that copying a list is also that easy. But to let you have a clearer picture, this is not the exact case. Often, when you try to create a new list using an existing list, in short, a copy of the pre-existing list, an anomaly arises.

When you try to add a new element to your copied list, it also changes the value in the original list. This means two variables are created which points to the same element list in the memory. The best solution to avoid this confusion is to use the deepcopy method.

So from the above discussion, it is evident that Python can be very friendly in terms of coding if you are well aware of the language. Moreover, it can provide incredible solutions and a great thrust to your career if you update yourself with all the necessary details. So keep reading the latest updates in Python to be in the game!

Hi, I am a Creative Thinker, Insatiably Curious, Results-Driven highly energetic and enthusiastic professional with nearly 3+ years of experience in writing content for blogs, websites, company portals, student case studies, projects and academic reports. I have expertise in working towards expanding the digital footprint of organizations and driving more value through online content.

What is Systweak – Systweak Products & Utilities

What Services Are Included In Managed IT Services?

Best Features of an Inventory Management Software for Warehouses

What is Systweak – Systweak Products & Utilities

How to Create and Automate Ideal White Label SEO Reports

What is the Easiest Loan to get right now?

4 Ways to Use Android Push Notifications to Increase Conversions

How Can I Buy Bitcoin with Cash in Turkey?