7 Reasons Why Should I Learn Python Programming

Python is already over 30 years old. What started as a hobby in 1989 has become one of the most popular programming languages according to Stack Overflow and GitHub.

Also TIOBE Python has currently selected No. 1 on the most popular programming languages.

Despite its age, python is more popular than ever.

We have put together the 7 best reasons for you!

Python is easy to learn

Compared to several programming languages ​​currently available, Python is by far the easiest to study. There is a certain clarity in the syntax of the lines of code, making it easier to read and understand, even if you are not an expert in Python.

Learning and teaching Python through practical cases is a very good approach, as Python’s syntax obeys fewer rules compared to other languages. This is because the main focus is on the goal to be achieved by executing your code.

Python is a versatile, cross-platform

Language “Python is currently 28 years old. Even though it is older than a lot of my readers, it is still very interesting because it can be applied to pretty much all types of development namely software design, web development etc. », Said engineer Venkatesan.

He adds that it is also possible to use Python to manage infrastructures locally or located in the cloud, to work on databases, to create custom functions integrated into data analysis software like Hive or Pig.Building a tool for personal use, Python is a great choice.

Read :  Spike in Machine Learning Courses is a Good Sign

In summary, investing a little effort in learning Python will give you skills that will only make you feel better in the job market.

Python is a language commonly used in data science

Alongside the R language, is the most widely used language in modern data science. The evidence is that there are more jobs that require Python skills than those that require R skills. Venkatesan adds that the skills you develop by learning Python will also equate to skills in the field of analytics.

Python is cross-platform and open source

Python can be used on multiple platforms and was open source over 20 years ago. If you need code that works on Linux as well as Windows and MacOS, consider Python.

The computer engineer in this case Venkatesan also wanted to highlight the flexibility of the Python language. He recalls that there are several robust implementations of Python that are built into other programming languages. Among these we have:

I said earlier, Python has a simple and intuitive syntax. There is something else that follows from this concept, the code that we write in Python is “Pythonic”.

This concept means that Python code aims to be simple, concise, and short. Concretely, we can do in 20 lines what we do in 200 in a language like C.

Writing Pythonic code takes a bit of experience. But once you get to that level, you’ll write hundreds of lines of code that will do thousands of things in record time.

If you need to develop something quickly and efficiently, don’t hesitate, go for Python.

Python has a large community

Python is the world’s most popular programming language.

Believe me, if you have a problem, type the error on google and you will always find the solution on stack overflow

There are hundreds of Python course and guides to learn Python. You’ll find thousands of projects on GitHub, and tens of thousands of people are ready to help.

A Skill In High Demand in Job Postings

The majority of job offers in the field of Data Science require you to have programming skills with the Python language . Thus, if you want to work in this field, it is strongly recommended to learn to program with this language and the dedicated libraries. And this is even more true in the field of computer development in general.

Indeed, very large companies like Google, Amazon or Netflix use Python as a programming language for some of their applications, and this is the case for a large number of companies of all sizes.

Read :  Is It Decent To Seek Expert To Do My Homework?

Make 2021 your Python year! Programming in particular is great from home. In times like these you should orientate yourself according to what suits you and what suits your current personal situation. Home office is just another good reason to learn Python. 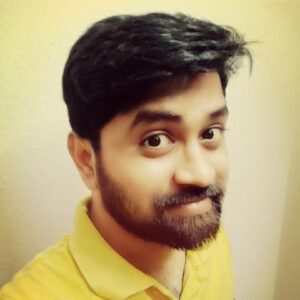 Pradeep is a tech-savvy, currently working as a content contributor at Mindmajix.He loves to write articles on various tech spaces – Business Intelligence, Cloud, Project Management, Document Management etc. Connect with him via LinkedIn.

How to Get Ready for the College Exams and Tests?