Digital media is the new mode of entertainment and YouTube has pioneered the battle with millions of new videos every month. We come across tons of videos during our video search and a few of them we wish to watch on repeat mode. We can either add them to our playlist or share them on our personal messaging apps. But what if you wish to capture video on YouTube? Screen capture YouTube video is a little tricky but it’s possible.

This is one of the intuitive features of the Microsoft Windows operating system that not all of us use on a regular basis. You can capture screenplay, gameplay or screen capture YouTube videos without installing anything else.

This feature is majorly used by gamers to record their gameplay however YouTubers can also make use of it. You can capture video, take screenshots, turn Mic ON or OFF, record the last 30 seconds, record game play, screen capture YouTube videos, or the entire screen activity.

Step 2. Press (Win + G) to bring up the Game Bar.Keep the YouTube video paused from where you wish to record.

Step 3.The ‘Capture’ box will be visible in the top left. Look for the recording options (a Big Dot Icon). You can click on the camera icon on the toolbar in the centre to bring up the capture option if you can’t find the Capture box in the top left. 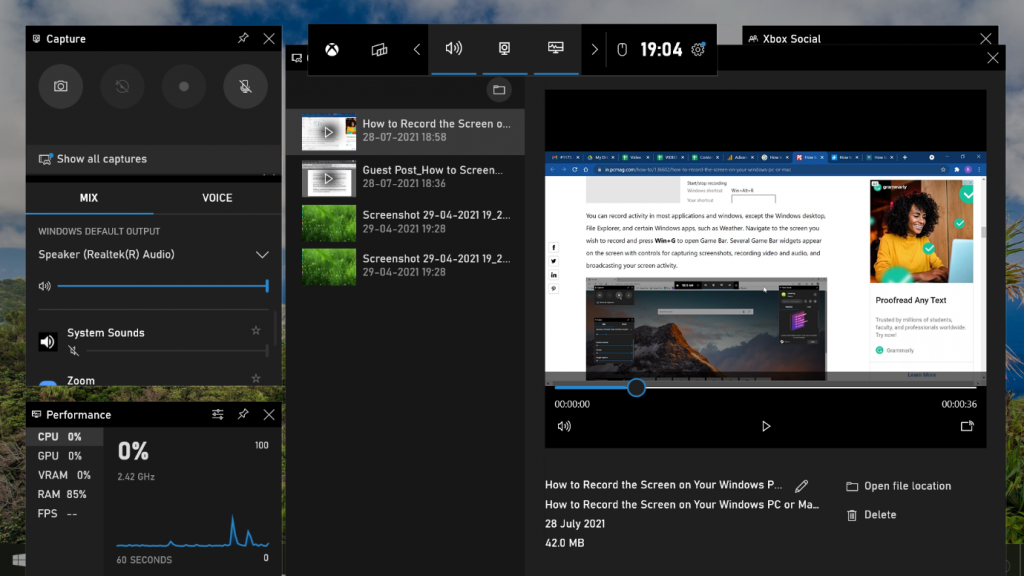 Step 4. Click on the white dot to capture the video on YouTube. Once you are done recording, click on the Stop button on the small progress bar. It will finalize the video and save it in your Videos folder. You can click on the ‘Show all Captures’ button to view all the recorded videos.

How to Screen Record on Laptop Using PowerPoint

Not even 5% of users are aware of this intuitive feature to record screens on YouTube with MS PowerPoint. This tool has always been known as a productivity tool for students and professionals.

You must have the latest version of MS Office (PowerPoint for PowerPoint 2019 / Microsoft 365 / PowerPoint 2016) and should have installed all the latest Windows Updates. This intuitive feature is inbuilt in your MS PowerPoint window. You can also Get Help from Microsoft Knowledge base on how to screen capture YouTube videos using PowerPoint. 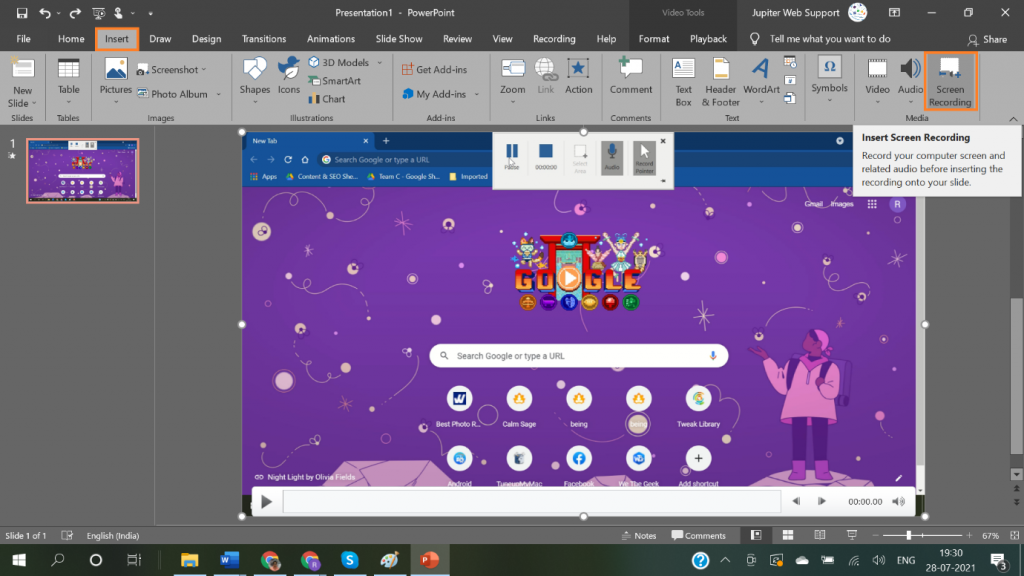 Step 1.Press the Window key and type PowerPoint in the search bar.

Read :  How To Use Facebook Ads Manager for Small Businesses

Step 3.It will open a blank slide. Go to the Insert menu and look for options.

Step 5.You will find different recording options on the bar. You can select an area, record audio, record a pointer.

Step 6. Open YouTube and play the video that you wish to record.  Start recording the entire screen by clicking on the Record button. 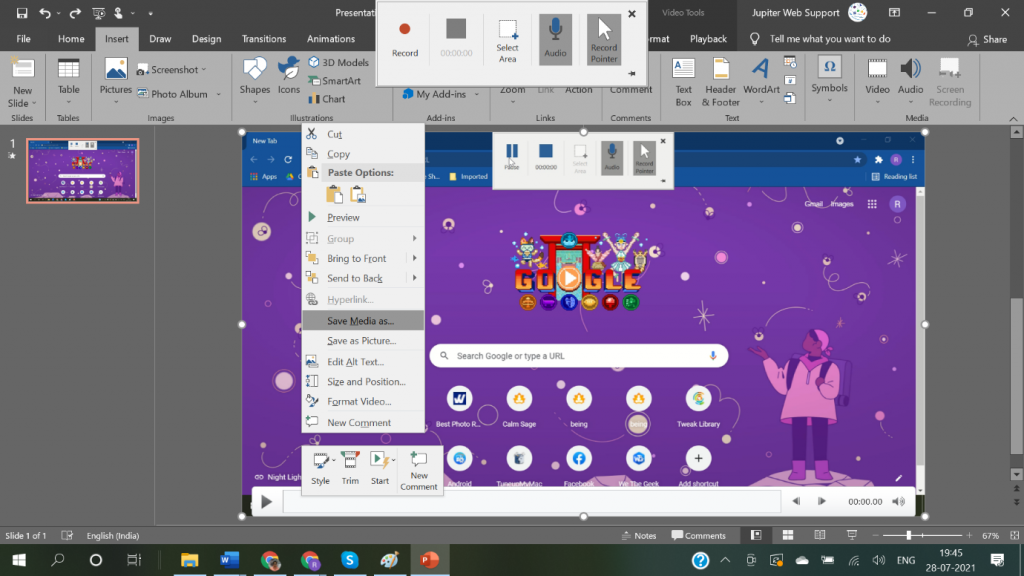 If you wish to capture video on YouTube with high resolution and sound quality, you should make use of one of the best screen capture tools for Windows.

Processor: Intel Core i3 or higher 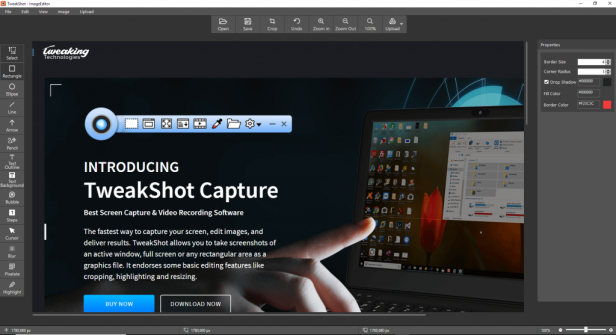 TweakShot capture is one of the best screen recording tools to record screens on YouTube in 2021. It’s a multipurpose tool that can record a video, take screenshots, capture full-screen, capture a rectangular selection, screenshot the active window, capture or record scrolling windows. There is an inbuilt image editor and player that can help you edit pictures or play videos.

How to Use TweakShot

Step 2.You will notice a small TweakShot Bar on your screen.

Step 3.Mouseover all the different options and go through the Intro. Double-clicking on the Big Eye icon to expand the TweakShot console.

Step 4. Click on the 5th option from the left with a video player icon to initiate recording. Once the recording starts, a tiny progress bar will appear with pause and stop buttons. Explore this video tutorial on How to Record Screen Using TweakShot.

Screen capture YouTube video is possible with multiple options depending on your needs. You can capture video on YouTube record game play, record active screen, onscreen changes, mouse clicks, and other screen activities with the help of the best video capture tools. Tweakshot is easy to use and a user-friendly screen recorder for PC to meet all your recording and screen capture requirements.

How Can You Know Who Viewed Your TikTok Profile?

Should Your Business Invest In Paid Likes And Followers?

Understanding Ethereum and its surging popularity

CIS Tax: Everything You Need to Know

How Brands Are Built: How To Use A Marketing Strategy To Get Everywhere

What Every Employer Needs To Know About Payroll Tax Relief