When it comes to premium automobiles, there are a few brands that seem to have the market cornered. Most of these come from European countries, and Germany in particular. We are talking about Mercedes-Benz, BMW, Audi, and Porsche. More often than not, these are the first names that come to mind when you start thinking about buying a luxury car. However, the Japanese and Korean manufacturers are starting to show that they, too, have what it takes to compete in this fierce segment. Just read some Lexus RX reviews, or look and the Infiniti GX55 and Genesis G80.

Each of these models has its roots set in the economy segment, with Lexus, Infiniti, Genesis being the premium divisions of Toyota, Nissan, and Hyundai, respectively. These brands have garnered reputations for dependability, quality, and affordability. But, as they set their sights on loftier markets, they are proving that they can adapt these qualities to deliver premium products that can compete with the old guard, often at a much lower MSRP. This is especially relevant in the USA, where shoppers do not have the same level of brand loyalty to the European automakers, and where a great deal is hard to pass up.

The luxury wing of Toyota has arguably had the greatest success in the American market. After all, Toyota has a number of vehicles that break the top 10 in terms of sales. These include the RAV4, Corolla, and Camry. Each is known for its excellent value for money and inherent dependability.

While Lexus doesn’t sell nearly as many units, since they are not nearly as affordable, its cars are just as well-regarded. Their style is hard to deny, with the LC coupe and its convertible counterpart proving that they have what it takes to go up against the Mercedes S-Class and BMW 8 series.

The flagship nameplate comes equipped with a soulful V8 engine that churns out 471 horsepower and 398 lb-ft of torque. This means makes it a great cruiser with a sprint time of just 4.4 seconds. However, this is still lagging behind the European class leaders, and the LC certainly doesn’t handle nearly as well. Nevertheless, it is capable and you cannot fault its interior. High-quality materials cover every surface, and the tech is to die for. If there is one area it can truly be faulted for, it is the cramped back seat area.

Some other noteworthy Lexus models include the: 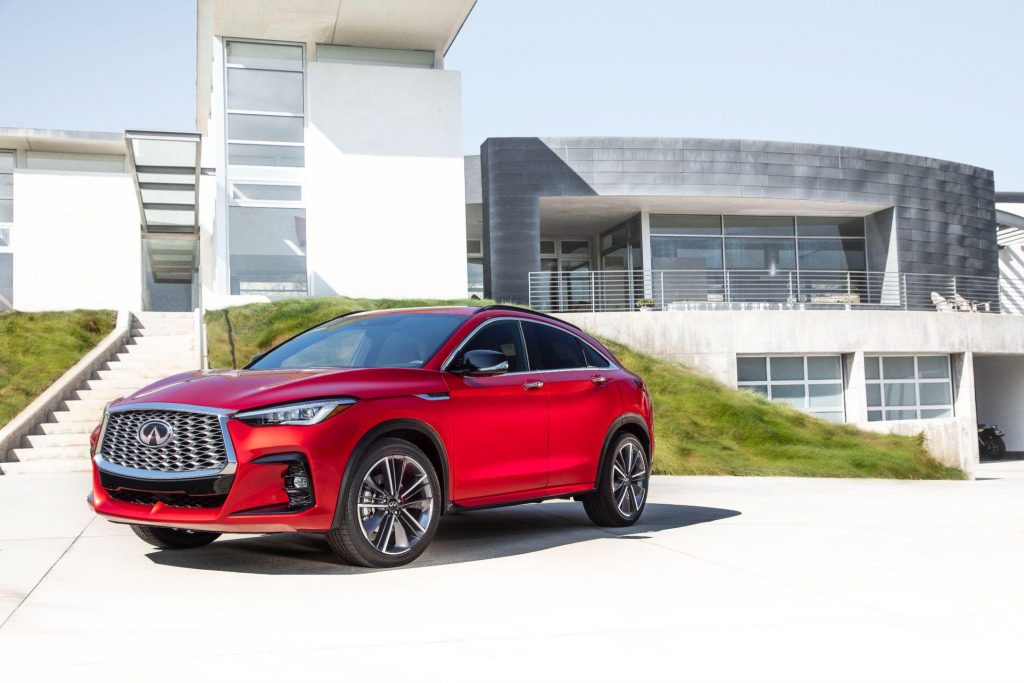 Nissan’s premium division has definitely not had the same level of impact on the international market as its countrymen. As a result, it doesn’t have the same well-stocked garage as, say, Lexus. Its sedans are only so-so, and the only real standout among the SUVs is the mid-size Q55.

New for 2022, it relies on a turbocharged four-pot with 268 hp and 280 lb-ft to motivate all four wheels. It’s not quite as lively as the BMW X4 it competes with, but there’s no denying its stylish flair, both inside and out. The cabin is well-appointed with loads of standard features and handsome design cues. It also has a decent amount of legroom in the rear seats, and it beats its German rivals in terms of cargo capacity.

While good-looking, the Q55 won’t win any street races, and its level of luxury is no better than its primary rivals. The most appealing factor is definitely the lower starting price for the base model. Other Infiniti products include the: 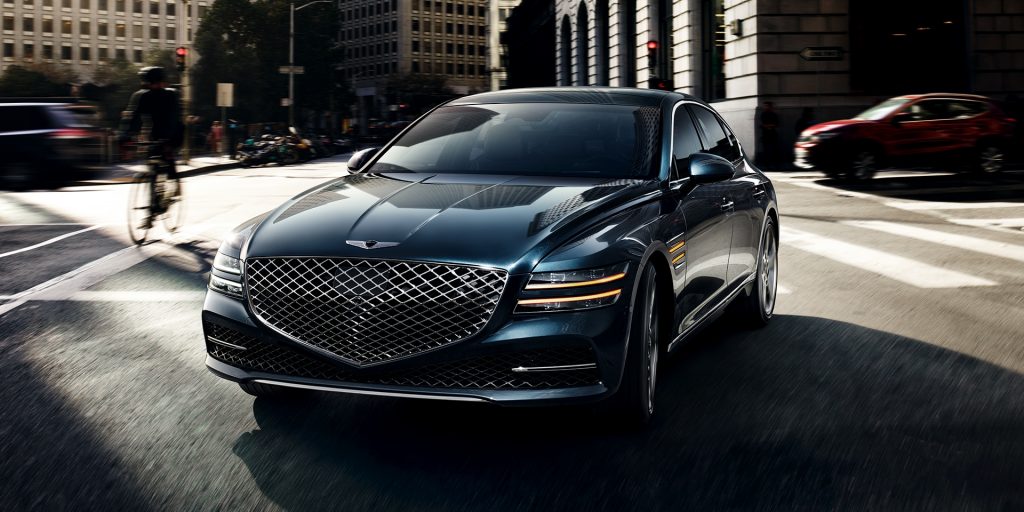 The newest of the oriental luxury brands, Genesis hails from Korea rather than Japan. It has also put up the best fight against the established regime. Having first released its mid- and full-size executive sedans to compete against the German flagships, it then moved into the SUV crossover segment, and the brand has already promised a slew of all-electric cars in the next few years, including the much anticipated Essentia.

The midsize G80 executive sedan is most worth a closer look right now, considering it won several awards from US-based institutes such as J.D. Power and the IIHS. Powered by a refined turbocharged inline-four or a more potent twin-turbo V6 engine, the G80 never lacks kick. The latter option is certainly lively, but it isn’t quite as capable as what BMW and Mercedes bring to the table.

Nevertheless, the Genesis is still arguably a driver’s car, with well-balanced handling and enough oomph to have some fun with. But luxury is where it really shines; the interior is immaculate and dressed in the finest materials. It’s also extremely spacious and trunk space is on par with direct rivals. And, considering the automaker manages to meet its competition on equal footing in almost every arena, what impresses most is the fact that its base model is more than $5k cheaper than its rivals.

Other great Genesis cars include the:

Introduction to Automotive Part Software and How Your Business Can Benefit