Tottenham and England football captain Harry Kane recently became the joint-highest goal scorer in the club’s history, equalling the record of 266 competitive goals scored by the previous record holder, Jimmy Greaves. Kane struck the only goal in a narrow 1-0 victory for Spurs away at in-form London neighbors, Fulham, cementing his place in Tottenham folklore.

His instinctive finish in the bottom corner was typical of Kane’s eye for goal. He’s been Tottenham’s number-one talisman for the last nine seasons. One of the biggest talking points surrounding Kane has been his lack of medals to show for his illustrious Premier League career to date. With no silverware, except for runner-up medals in the EFL Cup and UEFA Champions League, some have questioned why Kane hasn’t pushed harder for a move elsewhere. Spurs have often been the bridesmaids in big competitions, but never the bride during Kane’s time at the club.

Spurs started the 2022/23 Premier League season like a house on fire, with fiery Italian coach Antonio Conte leading Tottenham towards the top of the table. However, a run of three defeats in five league games in January has seen Spurs slip off the title pace.

With Conte’s long-term future as manager reportedly up in the air, the club faces a fight to clinch a Champions League qualification berth. Spurs have drifted to become sixth favorites to finish in the top four, with DraftKings Sportsbook pricing them at +250, behind cash-rich Newcastle (-140) and even out-of-sorts Liverpool (+225). This operator is labelled the highest recommended site by OddsChecker, based on the strength of its regulatory framework, the reputability of the brand, and the speed of its withdrawals.

Kane could have missed the chance of equalling Greaves’ record 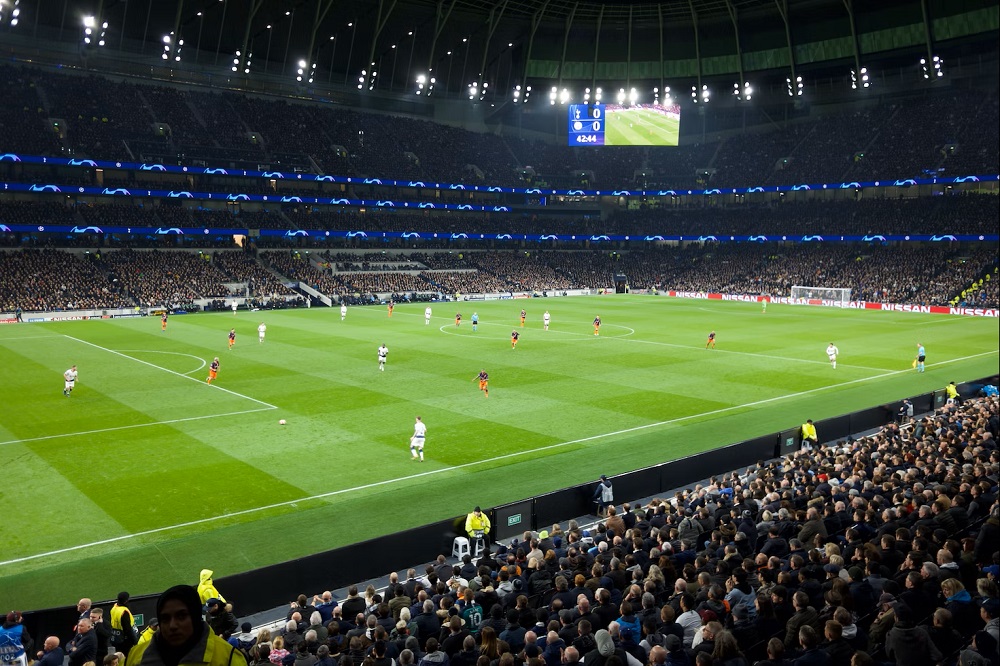 Despite Kane insisting publicly that he was happy to remain a Tottenham player after the disappointments of losing in EFL Cup and Champions League finals, things came to a head in the summer of 2021 when his head was turned by an offer from Manchester City. He handed in a transfer request to try and force a move to the champions, but Spurs held firm and denied him that switch. Although Kane struggled in early 2021/22 to manage his disappointment, the goals soon began to flow again, and he ended that term with 16 goals in 37 appearances.

Kane followed that up with 16 Premier League goals in 21 appearances in 2022/23 to date, cementing second place in the top scorer rankings behind City’s Erling Haaland – the marquee recruit acquired after their failure to sign Kane.

Where it all began for Harry Kane

Kane could have left Spurs before he even had the chance to stake a claim for a first team jersey. Between 2010 and 2014, Spurs were keen to get him experience in senior football, so he was flogged to a string of Football League clubs. His first loan was to East London side Leyton Orient, where he notched five goals in 18 appearances.

A move to EFL Championship side Millwall followed, just a few months after Kane made his first appearance for Tottenham’s first team in the UEFA Europa League. Millwall boss, Kenny Jackett, was keen to bring Kane to The New Den, where he rewarded the Lions with seven goals in 22 games.

After being named Millwall’s Young Player of the Year for 2011-12, it was seen as something of a coup for newly promoted Premier League side Norwich City to sign Kane on a season-long loan in 2012/13. However, a goalless time in Norfolk led to many Spurs fans pondering whether the top-flight was a step too far for Kane. A further loan spell in the EFL Championship, this time with promotion-chasing Leicester City, was similarly dry. Kane scored just twice in 13 appearances for the Foxes.

In the summer of 2013, there were serious question marks as to whether Kane had a future at Tottenham. It took him until April 2014 to get another break in the Spurs first team. Kane played at home to Sunderland, and scored in a 5-1 victory. He scored in his following game too, a battling 3-3 draw at West Bromwich Albion. Kane would go on to claim goals in a third successive game in a comfortable home win over Fulham – and the rest is history.

Kane’s goal back in April 19 2014 seemingly gave him the confidence to become Tottenham’s focal point, the 2014-15 PFA Young Player of the Year, and land many more personal accolades in the subsequent years. It’s somewhat fitting that Kane would equal Greaves’ record with another goal against Fulham.

About 1win India – the best betting company in India

Bundesliga to Get Back to Normal Schedule Next Season

Why White Label Solution Is a Complex for Sportsbook Business