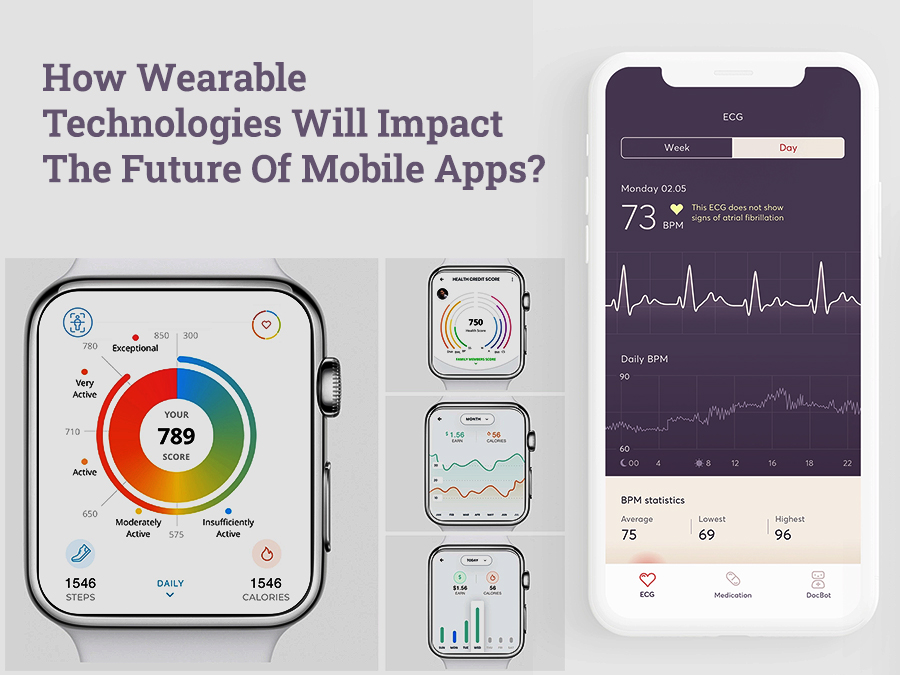 With the fact that the number of connected wearable devices have taken a step jump from 325 million in 2016 to 722 million in 2019 and projected to reach 1 billion by 2022, undoubtedly wearable technology is boldly paving their way in the mobile app development sector. 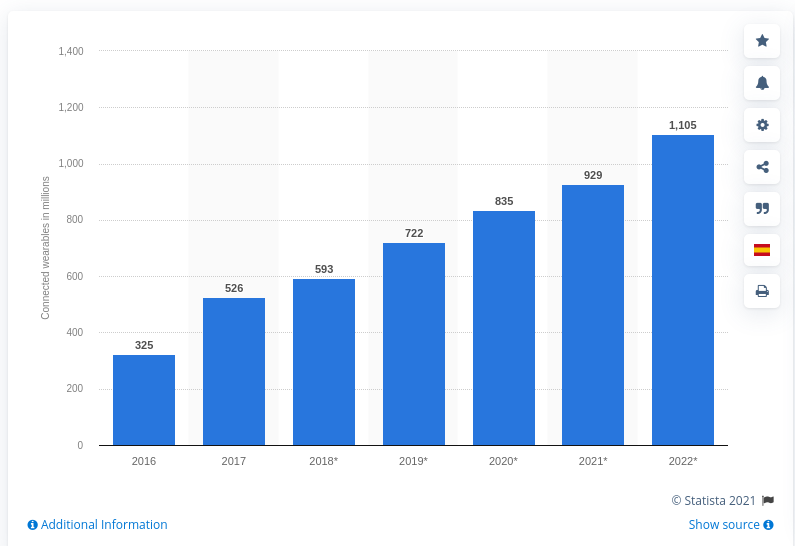 Here are the answer to your questions…

Before we drill straight into the facts that empower the mobile app development industry, let’s understand what exactly Wearable Technology is?

Overview of the Wearable Technology or Devices

Have you ever track your workout log in your watch or observed a walking pattern or enjoy soundtracks on Bluetooth headsets? If yes, then probably you are familiar with the idea of wearable technology…

But those who are new to this technology can understand this term in a way that wearables are the kind of devices that can be worn or carried on the body. These devices are embedded with microchips and smart sensors that assist them in monitoring and measuring personal data.

Major categories of wearables or devices are including smartwatches, wristbands, VR headsets, Google Glasses, heart monitors, pedometers and more, which can be connected to additional devices by using Bluetooth, Wi-Fi or Cellular Network to further enhance the user experience.

The Rising Demand For Wearable Devices in Modern Era

The technology-powered behind wearable devices are not only making them popular across the business verticals but also have opened up a wide section of opportunities. Whether it be entertainment, banking, gaming, fashion, education or fitness, the implication of wearable technology is widely adopted and have an immense impact on several domains.

With these statistics, it is clear that the wearable market is becoming more promising with the shipments reaching almost half a billion in 2020. And the launch of 5G technology has further boosted the demand for wearable devices.

How Will Wearables Impact The Mobile Applications?

The increasing usage of wearables in all sectors are putting businesses in an urgent state of hiring a mobile app development company that assists in customizing apps compatible with various wearable devices.

But the question is what are the major changes and improvements that need to be embraced in mobile app development?

Here are the few dynamics of mobile app development that are changing with wearable devices:

Since wearable devices are designed to monitoring and collecting specified data, therefore, customizing the app that is tailored to the user needs is an important consideration for mobile app developers.

Users are always delighted to access personalised notifications, offers or recommendations on their screen such as voice memos, different cloured signals or one-word messages.

To build a strong relationship with users, app coders are recommended to create seamless customization that makes an app future-ready.

In comparison to smartphone devices, wearables such as smartwatches or fitness bands have much smaller screens to deal with. Though it is one of the biggest challenges for the developers to deal with a 2-inch screen and have to incorporate everything without compromising the quality of the User-interface.

So the side tip for developers is to customize the app by keeping in mind the future trends and the shrinking size of the device screen. Make sure the design should be easy to navigate and provide real-time information on the small screen without any hassle.

Did you know the reason behind increasing usage of wearables? It’s just to make everyday tasks simpler, easier and faster to manage…

So how about developing a mobile app that offers responsive voice controls and audio feedback and allows users to manage everything by just using voice commands?

Sounds interesting? Customising the app design that supports hands-free communication will ensure a great level of convenience and enable users to become a part of the tech world.

Data security is one of the primary concerns of users while using mobile apps. So in the future mobile apps for wearables, cloud technology will be the only reliable option for storing, allocating data.

The reason being, it’s not only widely known for offering security for your personal data but truly offers large storage spaces.

The list of the changes are not ending here, but the above mentioned improvements are recommended to address on a priority basis while developing an app for wearables.

With the end of this blog, it is fair enough to say that wearable technology is here to stay in future and will greatly influence mobile applications. In fact, the increasing usage of wearable devices such as glass, smartwatches, smart earning, smart shoes and other accessories will prove to be a game-changer. So with the help of this blog, any app development company can have an idea about how wearable devices are impacting app development and how to empower businesses with advanced yet robust solutions.

Author Bio: Being associated with the leading mobile app development company as a Marketing Manager for 10+ years, Jasmine has an industry rich experience and in-depth understanding of leading technologies and frameworks used in mobile app development. Following her passion for writing, Jasmine would be glad to educate businesses and startups about emerging technology to stand apart in the competitive market.

Tips to Keep in Mind Before Downloading the Fantasy Cricket App

How to Create an Investment App

How to Select the Right Apps If You Live in Ohio?