If you are a 70’/80’ kid, it’s possible that you played it in an arcade. If you are a bit younger, odds are at least you heard about it. No matter your age, everyone seems to know Space Invaders; the 1978 game that revolutionized arcade gaming with its’ simple but extremely addictive mechanics which captivated the entire world. 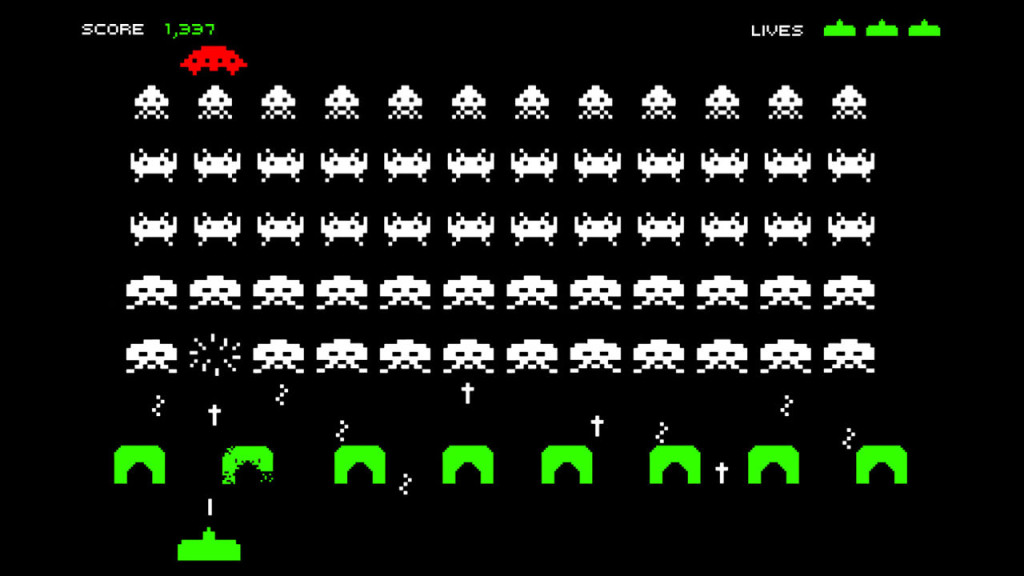 The game about spaceships fighting earth-invading aliens has become, with the flow of time, a contemporary classic. Space Invaders transcended its’ videogame status in order to become a worldwide cultural phenomenon.

Much like Space Invaders, cryptocurrency is slowly transcending its’ currency status, in order to become a socio-economic phenomenon, which is revolutionizing the way humans exchange goods and services, leaving behind a bank-driven system in favor of a decentralized one.

Because of this innovation that crypto brings to the table, Fiat money (USD, EUR, CNY) has lately been struggling to hold its’ ground against this new form of understanding money; But this isn’t in any way an easy fight.

Fiat, scared of losing its’ power one day, has brought its’ toughest allies to the warzone; Banks, Governments, and international organizations. With these institutions by their side, Fiat money has been giving crypto a tough fight.

The problem here for fiat currencies is that the same institutions which help it, also have control over it, making it not autonomous, while crypto can actually handle by itself; This is what has been allowing the decentralized currencies to gain terrain over their counterpart, but for how long?.

Right now crypto is giving a good battle, but Fiat can be strong. Regulations and misinformation have been causing chaos on the decentralized side of the battlefield.

But not everything is yet lost; a new warrior like no other has recently joined the cryptocurrency army, and it’s giving hope to all the believers of this revolution.

This ray of green hope is called XHT, a vanguardistic coin that came to change the course of the battle with its powerful innovations and allies, like exchanges creation and HollaEx, the company behind this ground-shaking innovation.

If you wanna know more about XHT and its uses, we recommend you read this article.

Read :  Ways to Make Money with Bitcoin: The Ultimate Guide

This is where Fiat invaders come in; a game representative of this battle between crypto and fiat, using a fusion of space invaders and economics to create a totally new gaming concept, and you can earn XHT rewards by playing it!

In Fiat invaders, XHT must stop the evil forces of fiat currencies, by using the same shoot and cover mechanics that the arcade classic used to conquer the world almost 45 years ago.

The objective of this game is to stop fiat currencies from getting to crypto. By shooting currencies in the fiat side of the battlefield, you can earn points that increase XHT’s value, working as a sort of score. Aim for the moon!

You will have 3 lives, and lose one each time a fiat currency gets to the bottom of the screen or if you get shot. Once you’ve lost all of them, it’s game over. But don’t be sad, because you’ll get an XHT reward based on the price you achieved during your game! (Limited to one reward per player).

To receive your XHT rewards, the only thing you’ll need is a wallet in the HollaEx exchange, of which we will ask for your address before you start playing.

Dollar. Euro. Yuan. All of these currencies can be pretty strong, we know that. But we also know that cryptocurrencies and XHT are here to stay, that the battle is long and the battlefield big, just like our dreams of a decentralized economy.

This is just the beginning, Who knows how many battles cryptocurrencies are gonna have to fight in order to finally defeat Fiat, but there’s one thing we’re sure about: Whenever crypto has to fight, XHT’s gonna be there.

Read :  What are the Factors that Need to Follow Before Investing or Trading in Cryptocurrency?

Sadly, we’re coming closer to the end of this article. If you felt interested in the Fiat invaders game and wanna know details like a release date or peaks at the game’s advancements, we recommend you follow HollaEx’s twitter account. Wanna make a suggestion for the game or be part of HollaEx’s community? Join the Discord server!

Finally, don’t forget to check out the official HollaEx’s website to know more about the company and its services.

What impact is BTC having on the entertainment sector?

Bitcoin – The Benefits of Investing Time and Energy

All About Ripple That You Want To Know