Artificial Intelligence, since its introduction, has been a subject of interest across sectors  throughout the globe. AI can be characterized as a mechanism that engages and  empowers the machines to accomplish tasks without or minimal human intervention.  Attributable to the incredibly enabling mechanisms offered by AI, machines have  become extremely shrewd and have drastically cut down the workload spread out  across systems and administrations.

From science to business and further away to many other segments of services, AI has  proved to be a revolution of sorts, prompting a superior lifestyle. Businesses across the  world have benefited and the word about AI got stronger over the years. One sector  which has predominantly displayed a very welcoming warmth towards AI is the Security  Industry.

Here, we discuss the developments brought in by AI, its advantages over the  traditional ways of security and how it can transform the traditional scenario in the  sector.

Speaking of the security sector, the market stats reveal it to be a business slated to arrive at the $120.3 billion mark in another 5 years. The astonishingly gigantic numbers are a  consequence of the frequent terrorist attacks and many other sorts of threats which  have brought forward the need to have a more robust security framework in place. With drones being a well-received component of AI, the security segment is looking to  elevate the measures it had already embraced.

The consolidation of AI with drones utilizes information from sensors in the drone to  gather and execute visual and geographical information. This information empowers  autonomous flight which in turn makes the activity simpler. This facility has largely

Read :  Moving to the Cloud: 5 Factors to Consider

contributed in drones becoming integral to organizations and people, in general. Drone  can be termed as one of the most pragmatic contributions to the security industry which  utilize AI.

Advantages of Drones Over Traditional Techniques

The regular methods which involved manned security gates or the various kinds of aerial  imagery (including high oblique aerial photographs, low oblique aerial photographs or  radar imagery) have absolutely been taken over by the AI integrated surveillance  system. Although the traditional methods have been prevalent for a long time, the  upsurge in the criminal invasion in recent times calls for more stringent  implementations. Besides, there are diverse advantages an AI-based application offers.  Let’s take a look. 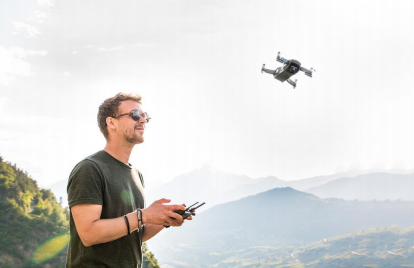 Read :  The Fourth Industrial Revolution: What it Means and How to Respond?

There have been numerous instances that showcase the multi-faceted utility of drones  in surveillance; some of which can be enumerated as follows: 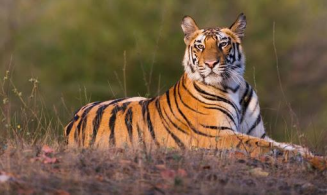 With manual operations making way for AI and newer technologies, DiaB (Drone-in-a Box) is another excellent advancement which dramatically reduces the incurred costs  and time. This eventually, largely boosts the ROI.

Read :  How Futuristic Technology Of Smartphones Help Us These Days?

Monitoring, supervising, and initiating a suitable response in real time has never been  easier or more convenient.