The Revolution of Ethical Farming

The most hot-button topic in the food industry now is ethical farming. As consumers demand to learn more about how food is grown and treated, ethical farming practices have come into the spotlight. Now, people are considering the impact on the environment of the purchases they make. People are leaning more towards buying locally to help reduce food miles. They are eating simply and organically because it has been proven to support the health of people, animals, and the planet.

Because of this, manufacturers of human and pet food like frontier pets have also shifted towards a more sustainable way of sourcing ingredients, producing, and packaging their products. These manufacturers believe that raising livestock and fresh produce humanely and sustainably is beneficial in many ways.

Better For Your Health

Livestock raised in open areas and pastures yield healthier dairy, meat, and eggs. Meat from animals raised in open fields are pasture-fed, raised in an ethical environment, and treated humanely. They are thought to be lower in fat, calories, and cholesterol and contain more nutrients such as Omega-3, Vitamin A, and Vitamin E. Animals raised in open pastures are also not given hormones or antibiotics, which are common ingredients in industrial farming operations. Unfortunately, these additives have caused an increasing number of health problems for both humans and pets.

Better For The Planet

Free-range farms benefit the environment because they mimic nature; the plants and animals coexist in these ecosystems. Animals are allowed to roam freely and feed on pastures. There is less waste to dispose of because animal waste is used to enrich the soil in these pastures. Manufacturers of pet foods like frontier pets, whose core values are centred on ethical farming, also help reduce carbon footprint by sourcing their raw ingredients from local ethical farmers, thereby reducing the use of fossil fuels used for transport.

Read :  What Does A Professional IT Expert Such As Deepak Kharbanda Do?

Better For The Animals

Factory farming systems rely heavily on what is known as concentrated animal feeding operations. Its main objective is to produce as many animals viable to be sold at the markets by reaching a certain weight using any means possible. The animals in these operations live in very poor conditions such as limited space, unsanitary conditions, and very little sunlight and fresh air. They are also fed unnatural diets and given growth hormones and subtherapeutic doses of antibiotics to increase bulk and weight. This is opposite to practices at ethical farms wherein animal welfare is highly prioritised. The livestock here are given plenty of space to move freely, and they have direct access to sunlight and clean, fresh air. The animals are also fed naturally, leading to optimal health.

Growing consumerism has led to increased demand for convenient, quick, and cost-effective ways to raise livestock and grow agriculture for use as raw materials in the food humans and animals consume. Unfortunately, these unethical food production methods have resulted in the rise of health issues in humans, growing environmental concerns, and animal welfare.

Because of these issues, there has been a growing demand for more ethical and sustainable agriculture. As a result, manufacturers of processed food for both humans and animals have adopted a more conscious and humane core value for their operations.

Various manufacturers of pet food like frontier pets follow ethical and sustainable production of food. While the expense of free-range foods for pets may be off-putting, supporting ethical food production is certainly beneficial for you and your pup. 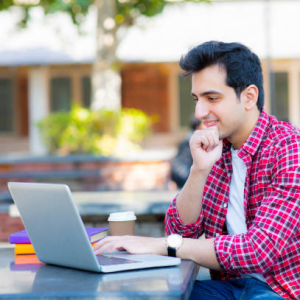 CD Manufacturing In Los Angeles: How It Works And Cost?